Book Review of “Under the Harrow” Reviewed by Jennifer Dupree, Circulation Supervisor of the Windham Public Library


In Flynn Berry’s haunting debut novel, “Under the Harrow”, Nora arrives at her sister Rachel’s house to find her German Shepard dead, and then, moments later, Rachel herself. It’s a brutal killing, but Berry’s focus is mercifully on Nora’s reaction rather than lingering on the scene in front of her. 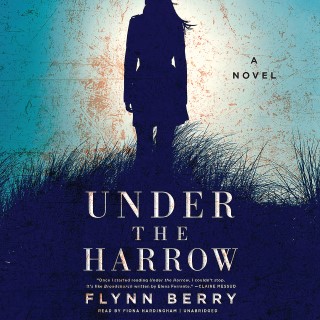 Usually, I can’t tolerate even a hint of violence toward animals, but perhaps because of Nora’s tender feelings toward the dog, combined with her outrage that someone would do this to him, I found it bearable.

A lot of reviewers have compared “Under the Harrow” to “The Girl on the Train”, “Gone Girl”, and “The Widow”. They’re understandable comparisons - unreliable narrators, unstable female protagonists, compulsively page-turning. And yet, these comparisons don’t do enough to convey the uniqueness of Berry’s style, particularly her taut dialogue and her astute observations. Whether it is Berry’s style, Nora’s character, or the compelling relationship between sisters, “Under the Harrow” feels more genuine and at the same time unapologetic than anything it has been compared to.

This novel is more than a mystery - it’s an exploration of Nora’s grief and subsequent mental unraveling. We watch as Nora mourns for her sister and tries to find out what happened, while at the same time fighting to not give in to her own insanity. With every revelation about Rachel’s case, the sister she thought she knew so well seems to disappear a little more. Does an attack on Rachel fifteen years ago have anything to do with Rachel’s death? Could she have been killed by Keith, her neighbor and apparent lover? Could it have been Nora herself? Even though she’s unstable, I believed Nora when she said she didn’t know what happened to her sister. So, who killed Rachel and why? The ending was both unexpected and very satisfying.

Posted by The Windham Eagle at 7:31 AM