Jerry Selbee has recently retired from working at Kellogg’s for many years. He’s a bit restless and somewhat bored, unsure of what to do with himself now, until he figures out a loophole in a state lottery game called Winfall. 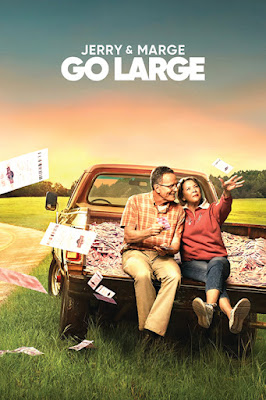 After their marriage has become maybe a little unadventurous, this becomes something he and his wife, Marge, do together - and the payoffs grow so much, that they involve their small town of Evart, Michigan.

Selbee gives back to make his town a better place for everyone. All is going great until a Harvard student figures out the same loophole and threatens to ruin Selbee’s life if he doesn’t back out.

In the small town of Evart, Michigan, Jerry Selbee (Cranston), has just retired after 42 years. His children (McDorman and Camp) buy him a fishing boat and he asks them if he likes fishing.

Selbee is now kind of lost. He and his wife Marge (Bening) also have drifted apart and don’t do as many things together anymore.

He has always been really good with numbers and on a visit to see his accountant, Steve (Wilmore) is told to take a risk with his money.

Selbee is hesitant of this at first, but after hearing about a state lottery game called Winfall, he does the math and discovers a loophole guaranteed to pay out.

At first, he keeps this from his wife, but after he wins $15,000, tells her and she gets very excited. They become professional lottery players. At least that’s what they tell the convenience store clerk (Wilson). The more you bet, the better your odds are of winning.

As the money starts to really pile up and Selbee has a solid understanding of how this loophole works, he goes to Steve and wants to start a corporation to get the community involved. He does so and much of those winnings are fed back into the town, to restart the Jazz Fest that the town loves, but hasn’t happened in a while.

“You brought this town back from the dead when no one else could,” said Steve later in the movie. “You see us as more than just numbers.”

Meanwhile, Tyler (Schlesinger) is a Harvard student working on a research project. He discovers the same loophole Selbee did but isn’t interested in making anyone rich but himself.

Tyler threatens Selbee, but while Selbee is intimidated at first, he – well, I really shouldn’t say anything else.

After all was said and done, Jerry and Marge Selbee had won a total of $27 million.

This is a sweet, funny movie inspired by real-life story. It features what I would consider an all-star cast. It is a heart-warming story about giving back and the importance of family, friends and community.

Available to stream on Paramount+. <