Review: Disney+’s ‘Welcome to Earth’ will take you all over the place

In episode one of Disney+ and National Geographic’s “Welcome to Earth”, Will Smith tells the camera he never swam in a lake, climbed a mountain or slept in a tent. At 51, he’s beginning to think he’s missing out. But he’s going to change that. 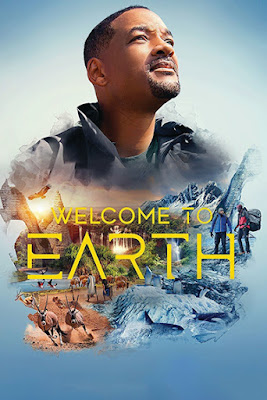 Smith, along with many skilled and talented professionals in a wide variety of fields take him to the ends of the Earth and then some.

In episode one, Smith scales down Mount Yasur, one of the most active volcanos on Earth, where his guides assure him that they can “almost guarantee he’ll survive.”

The videography in this six-episode series is incredible. Every episode features stunning imagery from high altitudes to low altitudes, hot places and cold places. You see so much of the planet.

In episode four, Will ventures to the Great Barrier Reef where I learned Tiger sharks are the meanest of sharks and actually eat other sharks.

Smith intertwines each episode with personal details and thoughts about his various expeditions. In episode two, he says his grandmother used to say,

“All the best things in life live on the other side of fear.”

Smith hopes she’s right, because he and two others are plunging into the ocean a whopping 3,000 feet down in a Nadir.

As you plummet into the darkness of the ocean, which color is the last to disappear? The answer is very cool.

Also in episode four, Australian researchers are charged with the task of tagging these mean Tiger sharks, to see where they are going and why.

Jump to episode five where Smith and another crew of experts, sometimes battling adversities you might not think are ideal to – spoiler alert – zipline across a crocodile-infested river. However, they do and as Smith points out, because these individuals are so proficient you forget they may be part machine.

Smith shows a completely different side of himself in this docuseries; one you may not have been familiar with if you grew up seeing him grow up on TV or in the movies. While he may be hesitant in some areas, like scaling down a gushing volcano, he conquers his fears, especially his fear of nature. Smith explains this further, though the nature he’s brought to each episode is not easily accessible or particularly welcoming to those who want to explore it.

I’m not really a world traveler. The idea of flying into an area where one wrong move could mean you are a crocodile’s lunch doesn’t appeal to me. However, seeing Smith navigate these rough areas and terrains with people who may be missing a limb showed me that, if you want to do it, there’s always a way. I’d still rather stay away from those crocodile-infested waters though.

This is a great docuseries you can watch with the whole family. I’d definitely recommend checking out “Welcome to Earth.”

Agent J and I give it two thumbs up. <