Movie Review: ‘The Lost Daughter’ might leave you with questions 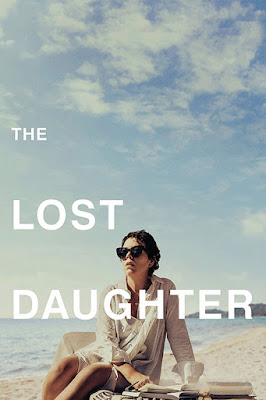 Leda, a professor, is on holiday in the Greek island of Kyopeli. In what starts as a nice quiet getaway soon drudges up some torment from the past when Leda meets Nina and her family. Nina seems exhausted and almost trapped at times by the responsibility of being a mother. Nina’s experience, at least what Leda observes for the short time they see each other, runs parallel to Leda’s and the troubles Leda had raising her two daughters, who are now grown and out of the house. The viewer catches glimpses of Leda’s past.

This is not a movie where a lot happens, but there are a few things that happen that kept me asking questions and engaged as to where the plot was going. Adapted from a novel by Elena Ferrante, this Golden Globe-nominated movie stars Olivia Coleman, Dakota Johnson, Dagmara Dominiczyk, Ed Harris, Jessie Buckley, Peter Sarsgaard and Paul Mescal.

Leda (Coleman) arrives at a resort on the island of Kyopeli where Lyle (Harris) is there to help her with her bags. Her holiday starts very quietly and calm. Leda sees Nina (Johnson) on the beach with her child and surrounding family. It was clear seeing Nina with her child evoked something in Leda and reminded her of what it used to be like with her two children. We flashback here to young Leda (Buckley) and her children, Bianca and Martha.

Back in present-day, Leda is clearly annoyed by the boisterous presence of several members of Nina’s family, who hoot and holler, along with foul language that upsets Leda. She is told by Will (Mescal) that she should be careful because these are bad people.

As the movie rotates back and forth between Nina’s experience as a mother and Young Leda’s experiences there are clear similarities. Both are exhausted and get little help from their spouses.

While in a store, Leda runs in to Nina and Callie and when they question her about her children, she has a dizzy spell and almost collapses. It is later explained why Leda has disconcerting feelings about her children.

The movie semi-focuses on an item Leda has and it is still unclear to me why she did what she did with this item. This part alone kept me wondering what was going to happen.

This is not an edge-of-your-seat psychological drama.  I guess on the simplest of levels it highlights the difficulties that may arise with being a mother. On another level it tells the story of a woman who was in over her head and needed help. Nina and Young Leda are similar individuals, but they don’t live similar lives. Both react differently to being a parent. Despite this movie’s lack of any real action, I still wanted to see how it ended and was curious until the final minutes.

I would give this one thumb up and one thumb down.