Despite this crime being well-known, you may have never heard the name D.B. Cooper before. HBO’s documentary “The Mystery of D.B. Cooper” sheds a little light on the only unsolved act of air piracy in American history. And this story gets weirder and more interesting as it goes on. 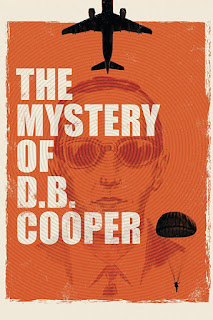 Thanksgiving eve, 1971, Portland, Oregon; a passenger boards a Boeing 727 and a short time later tells a stewardess he has a bomb. He demands $200,000 and four parachutes. When the ordeal is over, this passenger, known as D.B. Cooper, has jumped from the plane 10,000 feet above Washington state and no trace of him has ever been found.

This documentary is a mixture of in-person interviews, reenactments and file footage from individuals involved with Cooper’s case and several individuals who suspect they have met or know the real D.B. Cooper.

There are interviews from the crew of the 727. Stewardess Tina Mucklow describes her interactions with Cooper from that day. Other members of the crew tell what it was like the moment they knew Cooper had left the aircraft.

The documentary speaks to authors and FBI agents as well as suspects.

Jo Weber was married to Duane Weber from March of 1978 to March 1995. She recalls several things her husband did and said which makes her believe this man she was married to for almost 20 years may not have been who he said he was.

Robert Dayton is suspect number two. Dayton became Barbara Dayton in 1969 and there is some speculation D.B. Cooper could have been a woman.

L.D. Cooper is uncle to Marla Cooper who gives an account from when an 8-year-old Marla overheard her uncle planning with her dad about a secret event.

The final suspect, at least mentioned in this documentary, is Richard McCoy who hijacked a Boeing jet in 1972, a short time after Cooper’s hijacking. The details of McCoy’s hijacking and Cooper’s are extremely similar. Could they be the same person?

There are many interesting details to this case. Roughly 40 hours after Cooper leapt from the 727, a search party was constructed to scour the area where he may have been.

In 1980, an 8-year-old boy found a few bundles of money near the Columbian River Beach, along the Oregon and Washington Border. How did that money get there? Was it buried there by Cooper?

The case of D.B. Cooper has fascinated many and I am no exception. How does a man just disappear into thin air? And leave little to no trace? And continue to baffle experts? I knew a little about this case, but never knew of the various suspects and how they got involved or were related to Cooper – that made this documentary more interesting. I would recommend any fan of an unsolved mystery watch this and see what they can piece together. Do you think he’s still alive?