Review: ESPN’s ‘The Last Dance’ gives a glimpse into what it was to be ‘like Mike’

He is arguably the greatest basketball player to have ever played the game. “The Last Dance” follows Michael Jordan’s 1997-1998 season on the court. I’m late to the game in watching ESPN’s 10-part series, released last year and now on Netflix, but you don’t have to be a fan of basketball to enjoy it. It’s about one man’s strength, determination and drive to be the best.

It’s 1984. And a 23-year-old from the University of North Carolina, who had strived to be the very best and pushed himself to do so from the start, is drafted by the Chicago Bulls. That man would go on to win the Bulls six NBA championship titles, multiple MVP awards and was part of the 1992 Dream Team -  the men’s Olympic basketball team which earned the United States gold against Croatia in the summer Olympics. 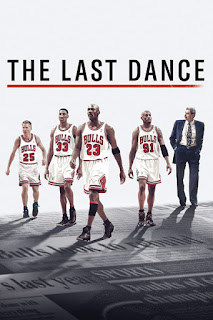 From start to finish, this series is a summary of some of Jordan’s best moments on the court. It shows the many sides of Jordan and attempts to explain what it meant to ‘be like Mike.’ It features exclusive interviews, past and present, from owners, managers, coaches and teammates, as well as the man himself.

The series juts back and forth to multiple spots in Jordan’s career, all the while telling his story. It begins by following a bit of Jordan’s career history, then moves on to tell his teammate’s stories, starting with Scottie Pippen, then Dennis Rodman and onto others. It explains how these individuals related to Jordan and how they each worked together. It features great archival television footage from the 1990s of Jordan at his best. You also get a bit of a peak behind the curtain as to what it really was to be ‘like Mike.’

During the time that Jordan was at the height of his career, I was younger and more focused on baseball, but I’m sure I was aware of who Michael Jordan was. So now – a little older – to hear Jordan’s story from a variety of different individuals, is thought-provoking. I found Jordan’s motivation and drive to be the best, inspiring.

his series is incredibly captivating. So much so that I almost couldn’t look away and binged it in three days. The series gives good insight as to what it was like to work with, play with and be, arguably of course, the best basketball player of all time.

While watching the archival footage of the games, accompanied by a fantastic soundtrack featuring everyone from Jay-Z to The Beastie Boys to Queen, seeing the behind-the-scenes interviews, hearing the announcers along with game highlights, you are pretty effectively transported back to the 1990s, watching Jordan and the Bulls go for their NBA championship wins.

I would highly recommend this series, though you don’t have to watch it in three days, once you start ... you may want to. <