Halloween movies to make you laugh or scream

Halloween is a little over a month away and if you like it as much as I do, you might be thinking about what to watch as the holiday approaches.

I’ve seen a lot of scary movies and I still remember the first time I saw this one. I was legitimately scared and had to turn it off. A little girl shows signs of being sick. As it turns out she’s slowly becoming possessed by a demon and her mother turns to the church to perform an exorcism, but it’s not that easy. Nine out 10 shaking beds. Available on HBO MAX. 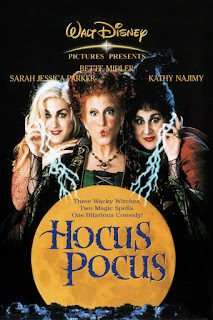 Definitely one of my top five best horror movies. A family takes a vacation to a summer home where they are terrorized by their doppelgängers. Can the family escape? What do their doppelgängers want? Edge of your seat excitement. 10 out of 10 pairs of scissors. Available to rent.

Also, in my top five best horror movies. After her mother dies, Annie and daughter Charlie follow an unsettling path of secrets and terror that lead to their own bloodline. With jump scares, an overall disturbing tone, and many cringe-worthy moments, this is a great addition to Halloween viewing. Eight out of 10 birds – you’ll see why. Available on Amazon Prime.

A creep out rating of 10 out of 10 skulls. A couple comes home from a romantic evening that turned out to be not so romantic. When a woman knocks on the door asking if Tamara is home, the couple becomes concerned. And things go wrong. And get worse. Available to rent.

This is one of my favorite Halloween movies and a must-watch every year. Max and sister Dani have just moved to Salem, Massachusetts where every Halloween the town becomes consumed with the legend of the Sanderson sisters who were hung during the Salem Witch Trials. When Max, Dani and Max’s crush, Allison bring the Sanderson sisters back from the dead, trouble and hilarity ensue. 10 out of 10 witches brooms. Available on Disney+.

The Nightmare before Christmas

It is debatable whether this is a Christmas or Halloween movie, but it can be both. Jack Skellington is king of Halloweentown and has become bored with their routine of frightening. When he discovers a portal to Christmastown, he becomes very excited and wants to become king of Christmastown too. He comes up with a plan. The clay animation is amazing by 1993-standards. This does have some scarier/frightening parts. Eight out of 10 spooky ghosts. Available on Disney+.

Technically, not a movie, but still a Halloween favorite of mine. Every year, Linus waits for the Great Pumpkin to rise out of the pumpkin patch and bring toys to all the children of the world. While everyone else goes for ‘tricks or treats,’ he convinces Sally to join him as they wait for the Great Pumpkin’s arrival. Will this be the year the Great Pumpkin finally shows up? Eight out of 10 pumpkins. Available on YouTube and to rent. <