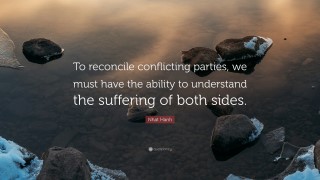 Posted by The Windham Eagle at 1:43 PM No comments:

Email ThisBlogThis!Share to TwitterShare to FacebookShare to Pinterest
Labels: conflicts, quote of the week, Raymond, suffering, The Windham Eagle, understanding the other viewpoint, Windham

There are three things I love most in a book, and Courtney Maum’s “Costalegre” hits them all. To start, it’s an epistolary novel, written in diary format. I find the letter writing format challenging as a writer, but delightfully intimate as a reader. It’s difficult to be both in a character’s head (in this case a teenage girl) and to move the story forward. Maum is talented enough to do just that. 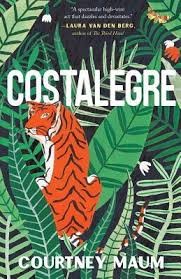 “Costalegre” is full of wonder and loneliness, told from the point of view of rich socialite Leonora’s daughter, Lara, who wants nothing more than to be seen. It is in many ways a coming-of-age novel, but it is so much more than that.

It’s also historical fiction, which is my favorite kind of fiction. “Costalegre” is based on the life of Peggy Guggenheim and her daughter, Pegeen. The year is 1937, and the fictional Leonora Callaway loads up a boat full of artists and artwork and flees to Mexico in order to avoid Hitler. They are safe, but they are trapped, too, both by their feelings of survivor guilt and by their actual location. They can’t leave Leonora’s compound unless they want to risk death in the jungle, which some of them do.

My third favorite thing in a novel is anything set in the jungle. “Costalegre” put me in mind of Anne Patchett’s “State of Wonder” and Lily King’s “Euphoria”. The setting is both lush and dangerous, opulent and terrible. I love when books create a physical world that I can nearly touch and hear and smell—not just “see.”

Maum, whose previous novels include “I Am Having So Much Fun Here without You” and “Touch”, are worth reading if you haven’t already.

Posted by The Windham Eagle at 1:30 PM No comments: 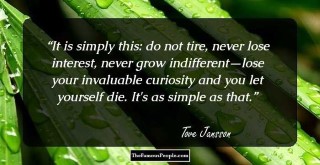 Posted by The Windham Eagle at 12:50 PM No comments:

Movie Review: “Scary Stories to Tell in the Dark” 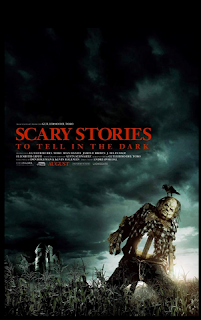 The town of Little Mill Valley is celebrating Halloween. Horror enthusiast, Stella (Zoe Margaret Colletti) is being pestered by her friends, Auggie (Gabriel Rush) and Chuck (Austin Zajur) to come out with them. She agrees and the three set out to prank the school bullies. Although their prank is fairly tame, it causes the bullies to crash their car. Stella, Auggie and Chuck are running to save themselves and meet Ramon (Michael Garza), who lets them hide in his car.

The four then break into Sarah Bellows house, a house haunted as it is said Bellows did some unspeakable acts many, many years ago. Stella comes across Sarah Bellows’ book of scary stories and it is rumored that if you say, “Sarah Bellows, tell me a story,” she will. Stella says just that and finds out the rumor is true. What follows are four stories from Sarah’s book that wreak havoc on the town.

Story one is about Harold the scarecrow and how one of the bullies, Tommy (Austin Abrams) dislikes this particular scarecrow. I won’t spoil the ending, but let’s say Harold isn’t fond of Tommy, either.
Stella decides to return the book to Sarah Bellows’ house, but the book finds its way back to Stella’s home; leading into story two.

Auggie is looking for dinner while his parents are away. He finds a stew in the fridge and begins to eat it; he discovers an unpleasant surprise and is soon being chased. Later, Stella claims, “you don’t read the book, the book reads you.”

The group researches Sarah Bellows and learns more about her tragic past.

Story three; The Red Spot: Ruth (Natalie Ganzhorn) has a pimple on the night of a school play. When she goes to the bathroom to take care of it, it has grown – she also gets a surprise.

The group goes to a psychiatric hospital to locate Bellows’ medical records which lead into story four; The Dream: Chuck has a recurring dream where he is trapped down a corridor with white walls. A monster-ish creature appears at every corner until the two eventually meet.

Can Stella save herself and her friends from Sarah Bellows before it’s too late?

This movie is based on the trilogy book series released from 1981-1991, which were popular when I was in elementary school. I don’t recall the stories themselves being particularly unsettling but the artwork of Stephen Gammell, left an uneasiness in your memory that stuck with you.

While this movie does take stories from all three books, it did not leave me with the same unsettling feeling of Gammell’s illustrations. However, this movie has several scenes that make you jump, a few twists and turns and creepy, ominous moments that add nicely to the storyline. I did enjoy “Scary Stories to Tell in the Dark” and would recommend it if you want to get a jump start on your scary movie watching before Halloween.

Posted by The Windham Eagle at 12:47 PM No comments: 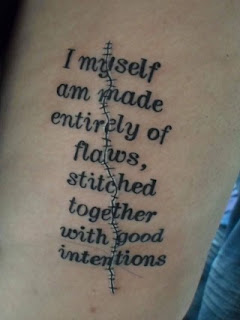 Posted by The Windham Eagle at 1:22 PM No comments: 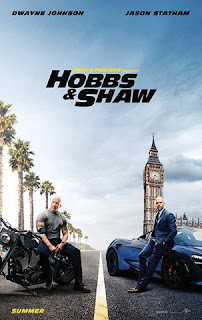 After I watched “Fast & Furious Presents: Hobbs & Shaw”, I did my research, and asked around to see what other people thought of the movie and what they would have liked to see more of.  Don’t get me wrong, although this film, directed by David Leitch, was an overall astounding movie, there was something that had fans leave the “Fast and Furious” series disappointed by the end of the movie.

When I asked, “What is the first thing in your head when I say the words ‘Fast and Furious’?”, some of the most common responses were cars, family, action, thriller, speed, humor, and rivalries.

Something that I always looked forward to in these movies was the cars. There has some been some disappointment that there was very limited car/action in the movie. There was a little bit of trying to show favorite scenes from past “Fast and the Furious” movies but even that wasn't what the viewers and past fans were expecting.

However, the major subject that came up when talking with others about this film, was family. If you are a fan of the movies, you know how important family is to Dominic Toretto (Vin Diesel). They did an amazing job incorporating family scenes into the movie - from Decker “Shaw” (Jason Statham) with his mother Magdalene Shaw (Helen Mirren) in jail while he does his best to do anything he can for her. And that doesn’t include all that he does for his sister, Hattie Shaw (Vanessa Kirby), who is the “villain” to the world. He is tries his best to get her out of all sorts of  trouble.

And, it doesn't stop there, there is also Luke “Hobbs” with his family. His daughter, Samantha Hobbs (Eden Estrella), who we have seen repeatedly since “Furious 7”, along with his Hawaiian family he had left years before, creates a connection between viewer and the movie itself.

As far as the rest of the movie goes, there is the action we all expect. In fact, there were times I was on the edge of my seat.

As far as humor goes, this film was one of the most hilarious movies with the “Fast and Furious” theme. And when it comes to rivalries, the oldest one in the books is Hobbs and Shaw who first faced off in 2015 in “Furious 7”.

Overall if you haven't seen “Fast & Furious Presents: Hobbs & Shaw”, I would highly recommend it, as it is a family oriented movie filled with a bit of comedy.

Posted by The Windham Eagle at 1:14 PM No comments: 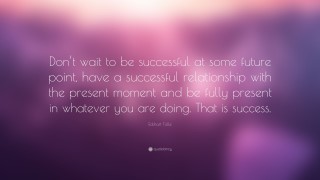 Posted by The Windham Eagle at 1:31 PM No comments:

It began just as the original I’d seen as a child. The sun rises over Pride Rock as a variety of animals gather to see the presentation of Simba, the next in line to be king. The 2019 remake of Disney’s “The Lion King” is a live action retelling of the classic movie. Heads up: this review does contain a spoiler or two. 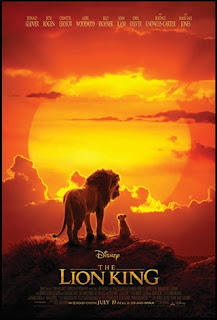 the future king, I definitely felt nostalgic. Zazu (John Oliver), the messenger toucan, addresses Mufasa’s brother Scar (Chiwetel Ejiofor). Scar is about to eat Zazu and Mufasa (James Earl Jones, reprising his role from the original) interferes. It is apparent from the moment you meet Scar that he is jealous of Simba and wants to be king – and will do what it takes to make that happen.

Mufasa takes Simba on a walk around Pride Rock and explains to Simba, “everything the light touches is our kingdom.” Mufusa goes on to add that someday Simba will be king and that he must respect all creatures, as they are connected in the circle of life.

Mufasa warns Simba to stay away from the elephant graveyard and when Simba runs into Scar later in the film, Scar reiterates this point, only to ensure that Simba goes there.

Simba goes to the elephant graveyard with his best friend Nala (Shahadi Wright Joseph) and is surrounded by hyenas. Just as the hyenas are about to pounce, Mufasa steps in and saves them both.
This next part is a bit of spoiler, so if you’ve never seen “The Lion King” before and don’t want to know, skip to the next paragraph. Scar encourages Simba to work on his roar in a giant gorge, that attracts hyenas and antelope. They begin chasing Simba. Scar alerts Mufasa of Simba’s danger and Mufasa does all he can to save Simba. At one point, Mufasa leaps from the herd and claws his way up the gorge where he pleads with Scar to help him up; only to have Scar throw him to the herd. Simba survives.

Scar blames Simba for what happened and tells him to run away and never return. Scar returns to Pride Rock and tells the others what has happened. Scar is now king.

Simba runs into a Warthog, Pumbaa (Seth Rogen) and a meerkat, Timon (Billy Eichner) and we see Simba grow up (adult Simba voiced by Donald Glover).

Scar has destroyed Pride Rock and it is now a wasteland, patrolled by hyenas where Simba’s mother Sarabi (Alfre Woodward) and others live in fear and want Scar gone.

We meet adult Nala (Beyonce Knowles-Carter) who runs into Simba, while chasing Timon and Pumba. Nala tells Simba how bad things are at home and that he needs to challenge Scar.
Can Simba stop Scar?

I was skeptical going into this remake of the classic cartoon, but I must admit this was a homerun; a very enjoyable movie I’d recommend seeing on the big screen. It’s funny and emotional and features new versions of the original songs like ‘Circle of Life,’ ‘Hakunata Matata,’ and ‘I Just Can’t Wait to be King’. The CGI was very good and all in all, I consider this a solid remake for a new generation.

Posted by The Windham Eagle at 1:24 PM No comments: