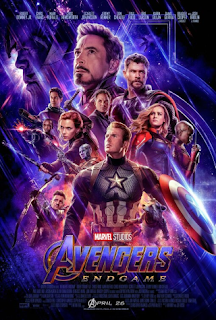 I have been able to witness some monumental movie releases in my lifetime, but “Avengers: Endgame” is an event that simply steamrolls the rest. This film did something which has never been achieved before in concluding a shared universe of 22 major motion pictures, now called “The Infinity Saga,” which began with 2008’s “Iron Man”. Needless to say, “Endgame” holds a tremendous amount of cultural weight as legions of fans have quite literally and figuratively invested in these characters over the course of the last 11 years.

Financially, the movie surpassed all expectations, earning an astounding $1.2 billion in its’ opening weekend at the global box office. This shatters a record of $640.5 million previously held by its’ 2018 predecessor, “Avengers: Infinity War” (BoxOfficeMojo). While this is an impressive accomplishment, I am happy to say that I was equally stunned by the unpredictable story at the heart of this film.

Following the downfall of the universe caused by Thanos (Josh Brolin) at the end of “Infinity War”, the remaining Avengers must figure out a way to reverse his catastrophic actions in “Endgame”.

Keeping in mind that some people may have missed the opportunity to experience the movie on opening weekend due to sold out theaters, I have decided to provide no further plot details here; watch out for a spoiler review in the near future!

From the opening frames, “Endgame” did an outstanding job of creating a feeling of absolute hopelessness again and again throughout the lengthy run time. By bringing the beloved heroes to new lows in this grim manner, the climatic actions of the story were made that much more powerful as various plots reached long awaited conclusions. Somehow, the abundance of character building was just as riveting as the fight scenes here and there were several truly heartbreaking moments in the film.

“Endgame” is even more dramatic than its’ predecessor, but every bit of character building made the last act of the movie that much more rewarding. To no surprise, directors Anthony and Joe Russo delivered a grand finale battle sequence which redefined just how epic a film can be. “Endgame” did justice to our favorite heroes while providing plenty of visually stunning superhero smackdowns - we just can’t seem get enough of them. From my interpretation this movie’s greatest accomplishment is maintaining a constant sense of urgency while delivering a groundbreaking epic that is full of surprises; “Endgame” is a must see.