Believe it or not, it has been a decade since the release of “Gran Torino” that the Hollywood icon directed, produced, and starred in a movie, until the release of 2018’s “The Mule”. While Eastwood’s return to the screen drew me to the theater, he is also surrounded by an impressive supporting cast featuring Bradley Cooper, Michael Pena, Laurence Fishburne, and Andy Garcia. 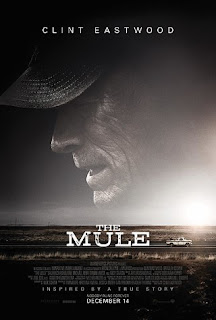 “The Mule” is inspired by the true story of a World War II veteran named Leo Sharp, who became a drug mule for the Sinaloa Cartel. In the film, Eastwood portrays a version of this character named Earl Stone, a man alienated by his family and desperate for money due to the foreclosure of his plant business. Stone takes the opportunity to become a mule and begins moving large amounts of illegal drugs across the Midwest, hoping to use the earnings to repair the deteriorating relationship with his family. Meanwhile, he is being heavily pursued by a pair of DEA agents (Bradley Cooper & Michael Pena).

“The Mule” is a very gripping drama, especially in the first half of the movie. As the plot progressed, there were a few far-fetched moments that made the story seem a little bit unconvincing in parts. However, this didn’t take away from an overall positive theme of redemption on display throughout the film. This character represented a near-perfect role for a distinct actor like Eastwood and he absolutely capitalized on it. There was a surprising amount of humor blended in as well, particularly in some of the generational barriers that the title character encounters. Additionally, Bradley Cooper and Michael Pena supplemented the movie with their own charismatic performances and quality acting chemistry.

All things considered, I think that “The Mule” is well worth a viewing and does a very good job of pulling the drama out of this interesting true story. More importantly, the film genuinely illustrates that it is never too late for a positive change in life. Time will only tell if Mr. Eastwood has another project of this sort in store for us. That being said, I certainly think this would be a respectable final performance of a truly legendary career.

Posted by The Windham Eagle at 10:48 AM No comments: 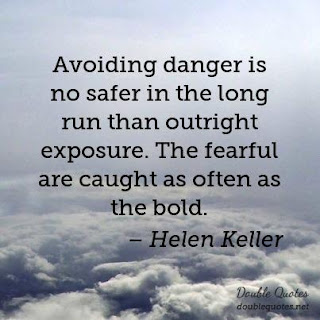 Posted by The Windham Eagle at 10:33 AM No comments:

Email ThisBlogThis!Share to TwitterShare to FacebookShare to Pinterest
Labels: 2018, being bold, Helen Keller, quote of the week, Raymond, The Windham Eagle, Windham 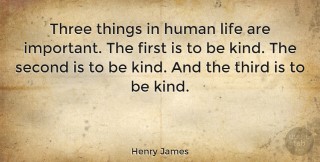 Posted by The Windham Eagle at 2:52 PM No comments:

Email ThisBlogThis!Share to TwitterShare to FacebookShare to Pinterest
Labels: 2018, Kindness, quote of the week, Raymond, The Windham Eagle, Windham

Quote of the week. 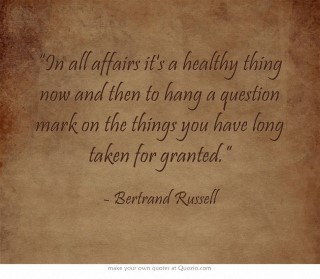 Posted by The Windham Eagle at 6:13 AM No comments: 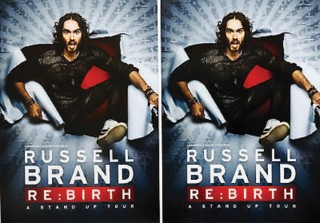 “Re:Birth” is a return to stand up for British comedian, musician, actor, artist and activist Russell Brand. He is a man of many labels, and that shows through in his standup comedy, as he constantly tackles challenging prospects.

Whether it be what parenthood means, the current state of politics, poverty or the media. Brand is walking on ground that many comedians have walked before, poking fun at the powerful to get laughs out of every man. However, Brand provided something more in this special. There was a genuine passion to his message, that he truly cared for the people he thought were being put down.

He lives by ideals and gets a laugh out of the audience by poking fun at those who poke fun at him.  However, never once did I feel like Brand came across as arrogant.

Self-deprecation is used by many comedians, and Brand lathered his entire show with it. He makes sure that the audience knows that while he may seem like a philosopher on his best day, or a provocateur on his worst, he's also an idiot. Whether it be accidentally taking food from the poor or making a fool of himself on live television, Brand spent a good portion of the special lampooning his own impassioned nature.

It wasn't all vitriol and deprecation though. The special had a genuine heart, in which Brand spoke through poetry about his fears in the world and his desire to see it become a better place. The title itself “Re:Birth” is in reference to his daughter, who was just recently born. Brand taps into knew meaning as he comes to understand more about the world through the love he has for his child. That is the true heart to this special. While it can be crass and raunchy one moment, it's genuine and hopeful the next. Brand didn't break new ground with “Re:Birth”, but he certainly has made a stand up set that's polished, funny, and interesting.

Posted by The Windham Eagle at 6:11 AM No comments: