Originally released in 2015, but recently added to Netflix, John Maclean’s “Slow West” calls back to the golden age of cowboy films with a modern feel.

Nothing is more iconic in westerns than somber soundtracks, beautiful backgrounds, and intense gunfights. “Slow West” brings all that back and more. Jay Cavendish, played by Kodi Smit-McPhee, is a young British noble on a foolhardy journey heading west to find his childhood crush. At the start of the film, while musing about stars and philosophy, he wanders into a tense standoff and is saved by a mysterious cowboy played by Micheal Fassbender. What follows is a slow burning journey through the American frontier, as Jay quickly comes to realize that his fantasies of the Wild West may be far more romantic than he originally thought. 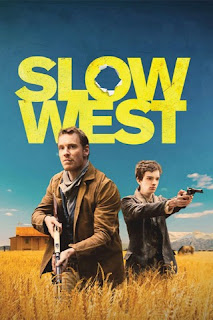 While this is an action film, it is not a wholehearted one. The lulls between shootouts are long; the Dollars Trilogy. While he doesn't say much, every word he says and every action he does has an impact, leaving the viewer entranced during the whole film.
actual bouts themselves are quick and deadly. This isn't to say they aren't engrossing though, Maclean manages to instill a sense of dread and tension into each time a gun is drawn, leaving the viewer on the edge of their seat. Fassbender's character invoked the “Man with No Name” from the

The style and setting are top notch. Nearly every shot in the film was a feast for the eyes, as Maclean takes full advantage of the natural beauty of America's Mid-West. Lush forests, open plains and of course, the iconic plateaus and mountains were shot in such vivid color that they practically looked like paintings. The visuals were interesting and never felt stale or rigid, using fun perspectives to spice up the slower scenes.

While this is a serious drama, there were plenty of laughs as Jay's naive nature bounced off the mysterious Cowboy's gruff one. Seeing the lead slowly learn just how foolish he was to venture out into the country on his own was amusing at times and terrifying at others. However, he never came off as annoying, just genuine.

Unfortunately this film bombed at the box office, and did not make back its budget. However, if you are a fan of old school western films, Wes Anderson comedies or just the beauty of the American West, you couldn't go wrong with this underappreciated gem of a flick.