Schoolhouse Arts Center, a local hub for the performing arts in Standish, Maine announced their summer production of “Peter Pan”, which will open on Thursday, July 13 and run until Sunday, July 30.  This is the second time that Schoolhouse has put on the classic family musical, but it is the first time they are partnering with the prestigious Flying by Foy, a flying training company based in Las Vegas, Nevada and Borehamwood, England. 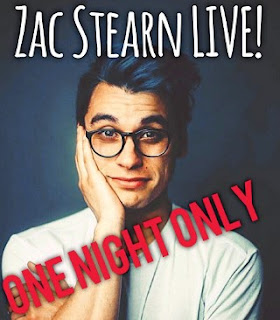 This is particularly noteworthy, as Flying by Foy is the same company that coordinated the 1954 version of “Peter Pan” with Mary Martin on Broadway - the version that Schoolhouse selected for its summer production. Flying by Foy has been flying “Peter Pan” ever since then; having trained Sandy Duncan, Cathy Rigby, and most recently oversaw the flying for “Peter Pan” Live, which aired on NBC in 2014.

According to the Flying by Foy website, the company has also provided simulations of weightlessness for NASA during the Gemini and Apollo Space Programs, and flown Olympic Gold Medalist Nadia Comăneci over New York’s Time Square for the 2004 Olympic Torch Relay.

“Peter Pan” will be directed by Zachariah Stearn, originally from Augusta, now based in the New York City area. Zac studied theater at the University of Southern Maine and was once known as Maine’s youngest comedian. Zac has been performing since he was seven years old, singing, acting and performing stand-up comedy. In fact, Zac played the role of “Peter Pan” when he was a child.
Zac became familiar with Schoolhouse last summer when he played Lumiere in “Beauty and the Beast”. When he heard that the community theater was looking for a director for “Peter Pan”, he jumped at the chance despite the long commute from his home in Connecticut. “Not only does Schoolhouse feel like home to me, “Peter Pan” is a show that is very near and dear to my heart,” Zac says. “It was my first show and it is a very special show. When you are sitting in the audience, you will see that it is truly magical.”

Zac will be performing his comedy act, “Zac Stearn Live”, on one night only, on June 3, 2017 at Schoolhouse Arts Center, to help offset the cost of flying training, which will add substantially to the show’s budget.