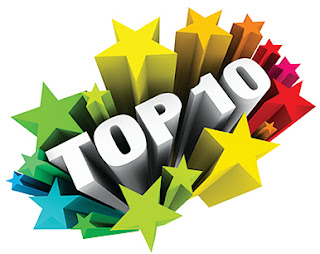 (Note: I missed a handful of big name movies this year, including Creed, Spectre and The Martian, just to name a few. Additionally, films like The Hateful Eight and The Revenant are not yet in wide release, but watch out for those reviews over the next couple of weeks.)

While some critics may place this even higher on their own personal lists, I still had a total blast watching this relentless, crazy movie. Praised as one of the best pure action movies in years, the sequences in this film are brutal and absolutely thrilling, loaded with mind boggling visual effects and plenty of big budget explosions.

I found the twelfth installment in the absurdly successful Marvel Cinematic Universe to be a surprisingly enjoyable summer action hit.  Although it is certainly not on the big time scale of some of their other projects, there were tons of awesome action scenes to keep the story moving and the visual effects used for the Ant-Man sequences were absolutely stunning to watch.

Telling the story of the rap group known as N.W.A., this movie was perhaps the singular biggest sleeper hit of the summer blockbuster season. The seemingly unknown actors of the cast portrayed these distinct cultural icons in such an incredibly realistic manner, leading the way for what is an entertaining, intense and emotionally powerful film, despite the extreme content and language.

Ironically enough, the seventh installment of what has developed into a worldwide blockbuster franchise falls at the same numbered spot on my list. While extremely over the top and unbelievable at times, it is still an excellent action film, one of the absolute best in the series, and above all, an emotionally moving sendoff to the late Paul Walker; a truly beloved Hollywood star.

One of my favorite actors of all time, Johnny Depp undeniably delivers the performance of a lifetime in what I thought was an awesome and violently realistic Boston gangster film. Depp completely blew it out of the park with his portrayal of the notorious gangster Whitey Bulger and flat out owned every scene he was in.

Sequel to the 2012 blockbuster, The Avengers and the eleventh installment in the record-breaking franchise, this movie had unbelievably high expectations to live up to. I personally thought it met those expectations, in my opinion topping its very impressive predecessor largely due to the more serious/dark tone throughout.

The extremely underrated Jake Gyllenhaal follows up 2013s Prisoners and last year’s Nightcrawler with yet another performance that is worthy of an Oscar nod. Highlighted by his physical and psychological transformation, this is a gut-wrenching film that was honestly far more intense than I ever anticipated it to be.


Although it is officially listed as a 2014 film, this Matthew Vaughn directed spy movie didn't actually hit theaters until this past February. Nonetheless, it seems like a summer blockbuster and I just have so much fun with this movie every time every time I re-watch it. It almost feels like you're watching a Quentin Tarantino/ James Bond film, which makes for a blast of an action movie.

I can’t believe I allowed myself to wait a few weeks to catch this gem, as it is in my opinion Pixar’s best work to date, standing only behind The Lion King on my list of favorite animated films. The visuals are completely breathtaking and there are more than a few heartfelt moments that had me tearing up. This is a masterpiece of visual storytelling that genuinely speaks to people of any age.

This monumental movie event of a generation somehow surpassed the sky high expectations it had. Perfectly executed by director J.J. Abrams and everyone else involved in the amazing project, I truly couldn't speak any higher of this film. Balancing incredible new characters with lovable old faces, this is an unbelievably enjoyable movie, but also an epic and emotionally powerful adventure.
Posted by Michelle Libby at 11:20 PM