Jurassic World is a new science fiction action movie and the fourth installment in the Jurassic Park film series. The movie is directed by Colin Trevorrow and stars Chris Pratt, Bryce Dallas Howard, Vincent D'Onofrio, Ty Simpkins and Nick Robinson. I actually never bothered to watch either of the poorly reviewed sequels to the first Jurassic Park movie, but as most human beings should, I have seen the original 1993 masterpiece. Jurassic Park is undeniably one of the most influential movies ever made, as the CGI used to bring the dinosaurs to the big screen was completely unheard of at the time.

The visual effects for that film easily hold up today and set the bar high for every film that came after it. In fact, until it was topped by 1997’s Titanic, Jurassic Park was the highest grossing film of all time. That being said, despite this fresh take, I must say that I was a bit skeptical heading into the theater, largely due to the negative reputation of the second and third installments. 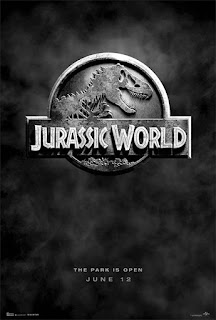 Taking place 22 years after the events of the first movie, the fictional island of Isla Nublar finally features a fully functional dinosaur theme park called “Jurassic World”. The park has been operational for ten years at this point in time, so in order to bring back popularity, Claire Dearing (Bryce Dallas Howard) and the rest of the park operators decided to create a genetically modified dinosaur known as the Indominus Rex. Of course, before long the creature breaks loose and goes on a killing spree throughout the park, leaving an expert dinosaur trainer named Owen Grady (Chris Pratt) and the rest of the people in the park all fighting for their own survival.

For starters, Jurassic World isn't nearly as good as the original and I don’t think that anybody, including myself thought it would be. However, that is hardly an insult, as this new movie was significantly better than I expected it to be. The plot got going quickly and there was certainly plenty of exciting dinosaur action from start to finish. The acting was pretty good too, particularly from Chris Pratt (Guardians of the Galaxy), but I have to admit that I was a bit disappointed that the legendary Jeff Goldblum didn't make an appearance. Putting that minor complaint aside, Jurassic World is an absolute blast of a summer blockbuster.
Posted by Michelle Libby at 7:05 PM