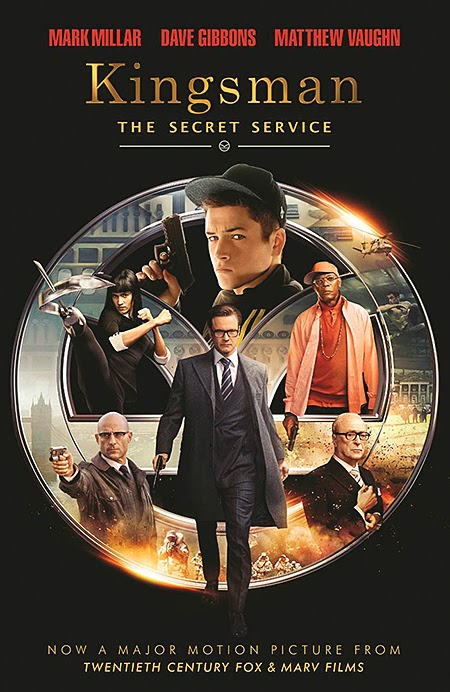 Kingsman: The Secret Service is a new spy action comedy movie based on the same-named comic book by Dave Gibbons and Mark Millar. The film is directed by Matthew Vaughn (Kick-Ass, X-Men: First Class) and features an impressive cast starring Colin Firth, Samuel L. Jackson, Mark Strong, Taron Egerton and Michael Caine. In all honesty, I was expecting this to be a mediocre winter action movie that was nothing more than a James Bond rip off. All I can say now is that Spectre (the 24th Bond film set for release this November) has a whole lot to live up to; Kingsman: The Secret Service totally shocked me as it was completely original and the most fun I’ve had with a movie in quite some time.

Gary ‘Eggsy’ Unwin (Taron Egerton) is an unemployed street kid whose father was killed in the past while working for a secret government intelligence agency known as the “Kingsmen”. Following the death of another member, one of their top agents named Harry Hart (Colin Firth) recruits Eggsy for a competitive training program designed to fill this void and select a new agent from a group of young candidates. Meanwhile, a technological genius and Internet billionaire named Richmond Valentine (Samuel L. Jackson) threatens the world and it is up to the Kingsmen to prevent him from executing his twisted plan.

I had an absolute blast with Kingsman from start to finish, largely due to its simple yet unique and unpredictable storyline, coupled with tons of very clever humor. At the same time, this movie did an amazing job of paying homage to classic spy films while also providing its own original modern spin. Furthermore, the acting was outstanding across the board, especially from Samuel L. Jackson in his hilarious role as the villain. I have to say the soundtrack was awesome too, from the opening of Dire Straits’ “Money for Nothing” to Lynyrd Skynrd’s “Free Bird” during one of the movies’ many amazing fight scenes. Speaking of which, the action sequences were incredibly shot and loaded with impressive, creative stunt work. However, to my surprise they were extremely violent so I wouldn't recommend this movie to the lighthearted. That being said, if  you can get past that, you must see Kingsman: The Secret Service; it is an absolutely sensational and original spy movie that is smart, hilarious and fun on so many levels.
Posted by Michelle Libby at 12:13 PM