Insurgent is a new science-fiction/action movie and film adaption of the same named book; the second installment in author Veronica Roth’s Divergent trilogy. The movie features an impressive young cast including: Shailene Woodley, Theo James and Miles Teller as well as the veteran Kate Winslet. 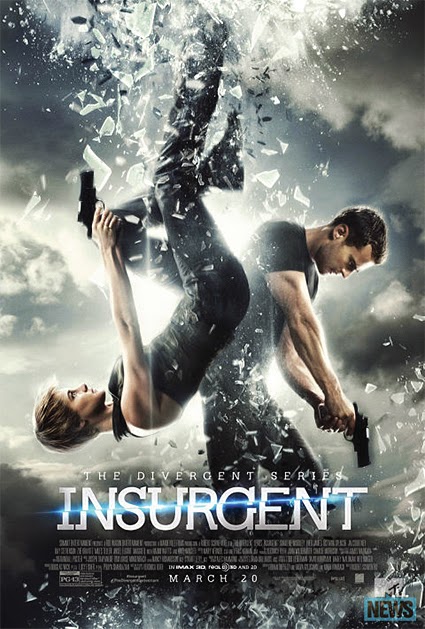 Insurgent is a sequel to last year’s Divergent and will be followed by two more movies: Allegiant: Part 1 and Part 2, coming out in 2016 and 2017, respectively. Obviously, this is following the same model as the seemingly endless string of teen book to film productions, including the extremely popular Harry Potter, Twilight and Hunger Games franchises. I never read any of the Divergent books, but I did enjoy the first film nonetheless. However, I thought it was a bit of a down step from the extremely comparable Hunger Games movies. Heading into Insurgent, I had optimistic hopes that it would be one of those rare sequels that tops its predecessor in every way. Unfortunately, it did not quite reach my very high expectations, but it was at least more exciting than the original movie.

The dystopian future of the Divergent series focuses on the post-apocalyptic city of Chicago, in which society is divided into five different factions based on their talents and values. These factions are: Dauntless, Amity, Erudite, Abnegation, Candor and the Factionless group for those who don’t fit in one.

Insurgent picks up right after the first movie, with our protagonists Tris (Shailene Woodley) and Four (Theo James) on the run, following a violent takeover from the Erudites and their leader Jeanine (Kate Winslet). This sequel is full of unexpected plot twists, so I will keep the rest of my summary brief and spoiler free. All I will say is that the tension between the factions is building and a rebellion is seemingly imminent, as all the different groups search for allies and answers.

Although I didn't find it to be quite as good as its predecessor, I thought that Insurgent was a pretty decent movie. There was a little more action than the original for sure, but the plot had a bit too much going on and was somewhat hard to follow. However, the action scenes were quite exciting and Shailene Woodley did a very good job in her lead role. Overall, Insurgent is a solid action movie that fans of the books will most likely enjoy.
Posted by Michelle Libby at 7:44 PM No comments:


In the small, baseball-loving town of Walton, 12-year-old star player Jack Callahan struggles to continue loving the game after suffering a severe loss. The summer prior, Jack’s older brother, Brad, died in a dirt-biking accident. Spring is in the air, and it’s time for the Rays, manned with Jack, his best friend Gus, and more, to make the voyage back to the little league championship, which they lost the season before. It is Jack and Gus’ dreams to make it to the Little League World Series in Williamsport.

Out of nowhere, after the team’s first practice, Jack announces to his coach that he’s quitting the team. Jack and Gus have played ball together since T-ball, so it upsets Gus when he learns the news, leading him to confront Jack the next day.

Cassie, the softball superstar of Walton, comes to Jack’s defense. After Cassie and Jack become friends, Cassie convinces him to stay involved with the game by assistant coaching her softball team with her dad. In his time away from Gus, Jack befriends Teddy, an overweight classmate of his with low self-esteem. It is their friendship that allows Jack to open up about why he quit the team, explaining that he blames himself for Brad’s death by letting him go out the night he died. A final message from his brother inspires Jack to return to the game he loves, and the journey for the championship is back under way."

Author Mike Lupica knows his sports. As I had presumed, he sticks to his guns with The Only Game, using the same formula that gave him success with books like Heat and Travel Team. This opener to a four-part series succeeds for what it is.

The characters in the book’s beginning feel a tad dry and stereotypical, but for what for the opening’s starkness limits, the rest of the story makes up in Lupica’s excellent sports writing, where he recaps Jack’s games with an exciting vitality. Even though the young characters showcase an unrealistic maturity, the friendship story is great. The narrative improves significantly after the book’s commencement, and makes for a page-turner that readers and baseball fans alike will enjoy.

Posted by Michelle Libby at 5:32 PM No comments: 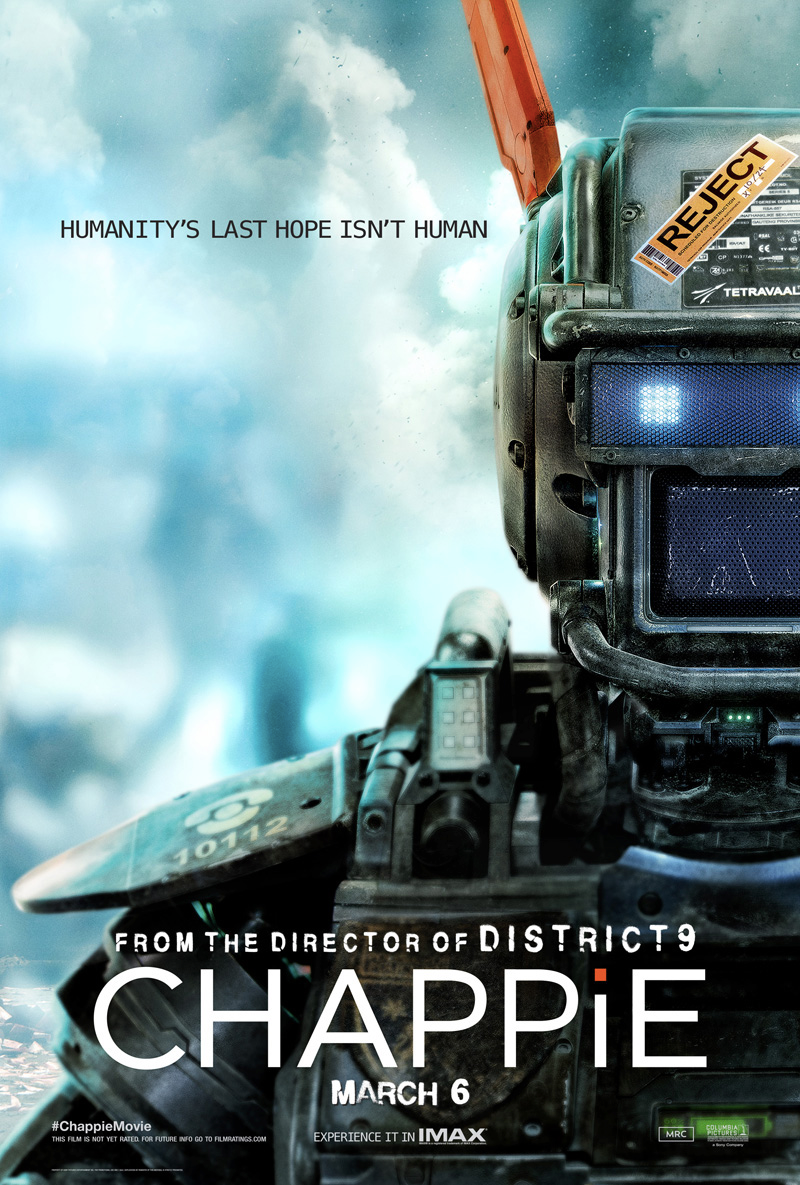 Chappie is a new science fiction film from director Neill Blomkamp (District 9, Elysium). The movie stars Sharlto Copley as the voice of the title character, alongside Dev Patel, Hugh Jackman and Sigourney Weaver in supporting roles. Although I never had a chance to watch 2013’s Elysium, I did see 2009’s District 9, the first of Bloomkamp’s three major projects as a director. With Peter Jackson (The Lord of the Rings Trilogy) working as a producer, I really loved District 9 and in my opinion, it stands tall as one of the absolute best science fiction films of the 21st century. Having said that, I honestly wasn’t expecting Chappie to be anywhere close to Blomkamp’s debut in terms of quality, however, in the end, it turned out to be a surprisingly entertaining movie driven by an extremely interesting and well executed title character.

Chappie takes place in the seemingly near future, primarily in the city of Johannesburg, South Africa (hometown of director Neil Blomkamp). In a desperate attempt to reduce extremely high crime rates, the government purchases a police force of fighting robots from a weapon manufacturing company called Tetravaal, led by Michelle Bradley (Sigourney Weaver) as well as Australian engineer, Vincent Moore (Hugh Jackman). Early in the movie, one of the police droids called “Chappie” (Sharlto Copley) is stolen by a company worker named Deon Wilson (Dev Patel). Wilson intends to install new programming that he designed himself, turning Chappie into the first robot that has his very own thoughts and feelings.

As with District 9, the film Chappie had extremely impressive visual effects making for a mostly entertaining movie. However, the story took a little too long to get rolling and the acting was nothing special, from the human characters anyways. I especially would have liked to have seen some more screen time from science fiction legend Sigourney Weaver. Now that my few issues are out of the way, I must address what I really loved about this movie - Chappie himself. I have to say that they completely nailed the robotic lead character, as Chappie looked absolutely incredible and Sharlto Copley did an exceptional, amusing job with the voice work. Chappie himself was without question the best part and driving point of the movie for me. It isn't exactly the next great science fiction film, but the title character alone made Chappie an enjoyable movie experience.
Posted by Michelle Libby at 3:35 PM No comments: 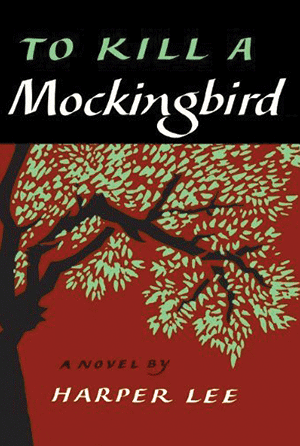 Even if you haven’t read the book or watched the movie, you’ve probably at least heard of To Kill A Mockingbird. This telling of social justice and moral uncertainty has grown to be one of the most influential stories of all time. Harper Lee has led a secluded life after the publication of her only novel. When asked if she’d write again, Lee said she wouldn’t, that Mockingbird told everything she wanted to be known for. Now 88, she lives in an assisted living facility, where she suffers from partial deafness, blindness and memory loss. With this in mind, it is was with great surprise that a second novel of her’s was found, a sequel for the iconic Mockingbird, Go Set A Watchman. Whatever situation you’ve read it in, most people have their own experience with the To Kill A Mockingbird.

The book is about Atticus Finch, a widowed father of two children and an unconventional hero noted for his moral integrity. His daughter, Scout, is the novel’s narrator, and gives readers a sense of what her life is like growing up in 1930s Maycomb, Alabama. Scout and her older brother, Jem, befriend Dill, a young boy who visits his aunt in Maycomb each summer. The three children are both terrified and fascinated by Arthur “Boo” Radley, their reclusive neighbor. When asked about him, adults in Maycomb are hesitant to talk about Boo. Scout, Jem and Dill all feed off each other’s imaginations by orchestrating rumors about Boo, even planning to try getting him out of the house.

The second aspect of the plot focuses on Atticus, who is a lawyer in Maycomb. Judge John Taylor appoints Atticus to defend Tom Robinson, a black man accused of raping a young white woman, Mayella Ewell, daughter of the town drunk, Bob Ewell. Many of Maycomb’s citizens disapprove, but Atticus agrees to defend Robinson, firmly believing he is innocent. Much of the story’s moral message weighs on Atticus’ delivery at the Robinson trial, where he delivers a speech both honest and inspiring.

People’s morals are an underlying theme of the story. It focuses on the gut instinct of right and wrong. The titular quote (from Atticus): “Shoot all the blue jays you want, if you can hit 'em, but remember it's a sin to kill a mockingbird” serves as an allegory for this message.
Some classic American novels can have writing that is outdated, with themes and dialogue dryer than old bread. To Kill A Mockingbird is an excellent novel, and a definite exception to that stereotype. Harper Lee creates a vivid environment with strong characters readers can either sympathize for or despise. I have found myself changed from the bold, uplifting uu                   message this book lends, so I’d suggest picking up a copy and seeing for yourself.

* Go Set A Watchman, Harper Lee’s follow-up novel to To Kill A Mockingbird, will be released on July 14. Stay tuned for the review for it.
Posted by Michelle Libby at 1:10 PM No comments: