If a film can take me to a place lost in time for even a minute I'll give it a shot. Clint Eastwood's new film, Jersey Boys brought me to that place for a couple of hours, revealing a story that is worth being heard.

Originally a Broadway theater play, Jersey Boys has now been thrown onto the big screen with Clint Eastwood behind the camera. Multiple actors from the play actually reprised their roles for the film in telling the origins and life of the classic 60s band, The Four Seasons. 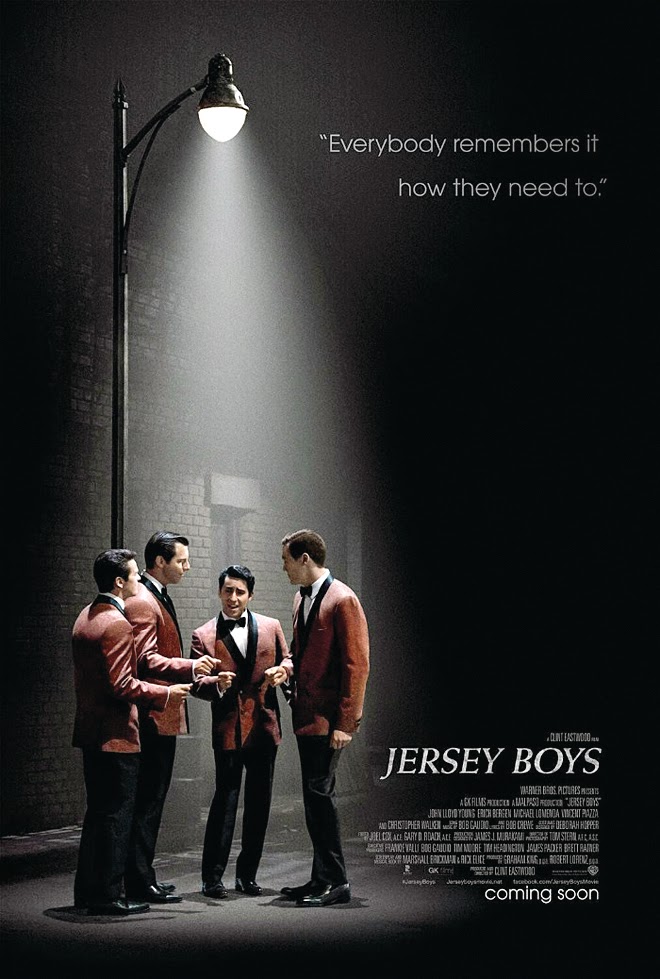 The film opens up in a very "Goodfellas'esque" manner, with lead characters narrating the story and looking into the camera as if it is you they are personally addressing. From here on we get to see the band form, which at this point is known as, The Four Lovers. They climb from dainty pubs to auditoriums filled by the thousands. I guess I never really knew how much went on behind the scenes in the formation of the band, having some old vinyls of the band myself and genuinely liking the music, I never would I have thought that The Four Seasons were involved with the mob. But that is just another whole layer to the film itself.

The film presents itself very well in terms of accuracy on the period, though I wished I could have seen a few more outdoor shots of Jersey itself, for those were by far the most breathtaking for me. The characters themselves were also well structured, even if it does take some time to get to know each of their personalities. Among these four musicians, I can say that my favorite was Tommy DeVito (Vincent Piazza), even if he is a wise-cracking, selfish hothead. Finally, for the music itself, the film doesn't really go ten minutes without playing at least one of The Four Season's biggest hits. In other words, you never forget what you're watching, and the remastered tracks sound great all the while.

While it had its inconsistencies and minor flaws throughout - one of which being that the film as a whole overstayed its welcome by about twenty minutes - I still classify this as one film worth watching. So whether you've heard of them or not, go see the story of the four Jersey boys that made a stunning contribution to both our culture and our music.

Posted by Michelle Libby at 9:55 PM