Movie Review of 300:Rise of an Empire - review by Daniel Kilgallon

300: Rise of an Empire is a fantasy action film that follows its 2006 predecessor, 300. The first movie is an adaption of the same name 1998 comic series by Frank Miller while Rise of an Empire is based off his unreleased graphic novel, Xerxes. Director of the original film, Zack Snyder (Watchmen, Man of Steel) returned for this movie, this time as a producer. 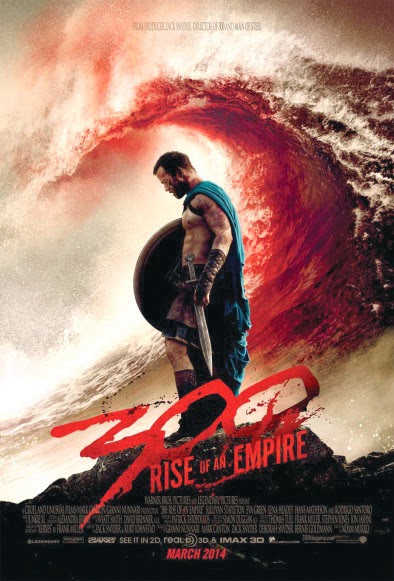 Partially due to Snyder’s distinctive style, I am a massive fan of the first film. I thought the ferocious fictionalized depiction of the Battle of Thermopylae made it an outstanding, visually striking movie. My expectations were very low for this sequel as I just didn’t think that it could compare with the experience of the original film. However, 300: Rise of an Empire completely shocked me as it visually managed to outmatch its groundbreaking predecessor.

This sequel is quite unique as it is basically a parallel event of the first film. During the middle of this movie, we know that King Leonidas and 300 Spartan warriors are fighting to the death against the mortal-turned-god Xerxes and his massive Persian army. Then, Xerxes plans to assault the city of Athens as he continues his assault on Greece. This time Greek general Themistocles and his forces must defend Athens from a nautical invasion led by Artemisia (Eva Green), vengeful commander of the Persian navy. I must say that Green was the stand-outperformance of the film as she completely owned her villainous role. Anyways, the rest of this movie depicts the gruesome, all-out battle between the two naval forces.

Overall, I found 300: Rise of an Empire to be an outstanding visual experience with cutting edge effects and plenty of the signature bloody violence established by 300. Similar to its predecessor, the film does a phenomenal job of faithfully adapting a graphic novel to the big screen through an intense mix of live action and CGI animation. I feel like some of the first film’s story and heart was lost, but the improved visual effects and action of this thrilling sequel makes this movie just as entertaining as the beloved 2006 film. The ridiculous amount of graphic violence is certainly not for everybody, but if consider yourself a fan of the original, do not miss out on this stunning experience. Early on in the year, 300: Rise of an Empire stands alone as the best movie of 2014.
Posted by Michelle Libby at 9:44 AM