The Racketeer by John Grisham is fast paced novel with cliff hangers at every turn. What happens when a federal judge is killed and only a prisoner in jail for racketeering knows who, how and why? The book started a little slow, and there wasn’t a really good hook, but if you hold on, you will end up reading a novel, about the witness protection program, lying, coercion, the FBI, lawyers, and convicts, that is fast-paced, exciting, and impossible to put down. 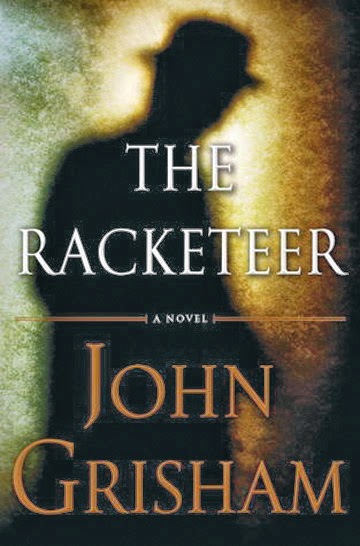 Malcolm Bannister is the racketeer. A former lawyer, he is serving time in the Federal Prison Camp near Frostburg, MD for a crime he did not commit. But he has information the FBI needs. This book follows him as he goes through the witness protection program, and the unfortunate events that lead to him leaving it. It follows Malcolm through his journey to survive before his trial, when his enemy knows that it was Malcolm who talked to the FBI. Readers will be at the edge of their seat wishing they could read faster in order to end the suspense of the book.

The intense plot combined with characters you can’t help but empathize with, and a mystery that keeps the reader questioning, this book is the recipe for a suspense novel. The book switches back and forth from Malcolm’s first-person perspective to a third-person view of other minor characters, teasing readers by allowing them to think they know what is going on. John Grisham lulls readers into a false sense of security by giving them enough information here and there so they feel informed and on the inside of the secrets and the lies. However, what he doesn’t let readers expect is one huge plot twist after another! Each one making readers rethink what they just read, and try to put the pieces together to explain what was just revealed.

John Grisham’s stunning storytelling abilities make this story great. That is why Fox 2000, along with New Regency and Double Feature Films bought the rights to the story last year and are going to make it into a movie. Reading this book now will make you ahead of the game. Don’t wait until there is a waiting list at the library to get the book before the film comes out. Read this exciting novel now and beat the rush!

Remember, as my great-grandmother always said, “When you have a book, you are never alone!”
*this book is intense and makes some adult references
Posted by Michelle Libby at 4:42 PM