Book Review: The 500: A novel By matthew Quirk - Review by Phil Baker


The International Thriller Writers have awarded Matthew Quirk with the Best First Novel of 2013for his debut The 500, published in 2012 by Little, Brown. The plot calls to mind another first, John Grisham’s The Firm. Like Grisham’s Mitch McDeere, Mike Ford is a hotshot at Harvard Law and is hired by a mysterious organization in a circumspect selection process. The principal of the Davies Group, Henry Davies, showers the rookie with money and perks too good to be legal or ethical. In fact the situation is too good not to be evil. Davies heaps so much praise and promotion on him, Ford starts to become suspicious. He even imagines Davies as a diabolical match-maker behind Ford’s new relationship with Annie Clark. 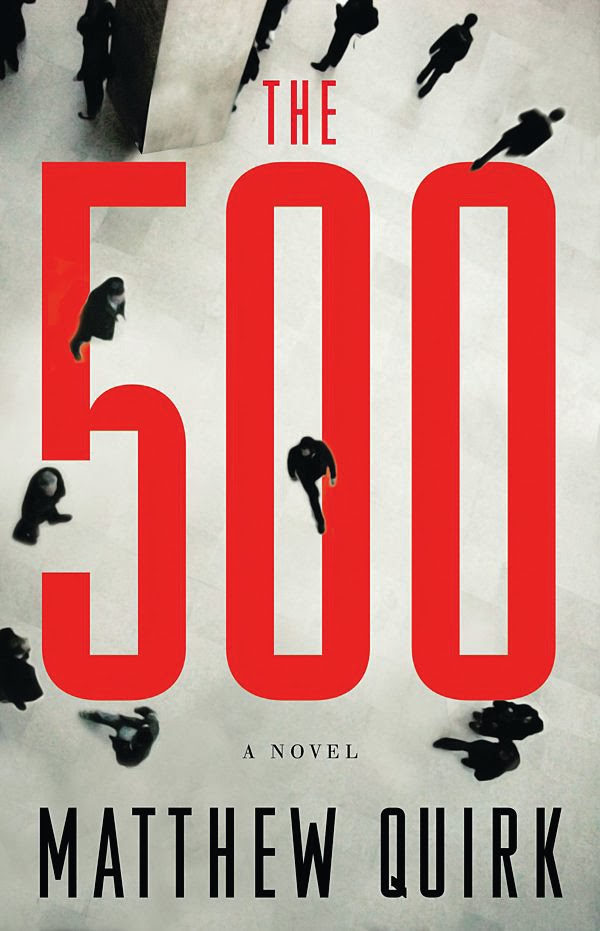 Ford is the son of a small time, middle-class con-man and has learned enough of his Dad’s trade to get himself in and out of extralegal jams, at first doing Davies’s bidding and ultimately pursuing justice.
Davies and his enforcer, William Marcus, are fixers in the high-flying world of international politics. When they fix things for you, they own you. They own the 500 most influential people in Washington and therefore can get nearly anything done for their clients. Ford learns quickly. He catches a German manufacturer in a payoff scheme and a brothel-hopping congressman in the act.

All this is minor-league stuff compared to the company’s next assignment. The Davies Group has been hired by mega-rich, ultra-dangerous, cannibalistic Radomir Dragovic who needs to avoid extradition and trial for crimes against humanity. The Serbian was a war criminal during the Serbo-Croatian conflict and lately has developed a taste for human hearts. He needs help with a Supreme Court justice who has inadvisably resisted Davies and is not under his influence. Davies must change this one way or another.  And Ford needs to keep his heart for himself and maybe Annie.

Quirk borrows plot material from Grisham and his wise guy voice evokes that of Nelson DeMille’s first-person narratives and, like DeMille, Quirk exercises a sharp sense of humor. The conversational narrative will put you firmly on Mike Ford’s side, and he needs all the help he can get.

Quirk’s plot is tight and resolves well and the action works. If you like Grisham and/or DeMille or you just like the thriller genre, I recommend The 500, 323 pages. You can find it at the Portland Public Library.

Posted by Michelle Libby at 8:46 AM