A good trailer will win me over most times, though, never in my life have I seen a better trailer than the one that this movie produced last fall. I began telling myself that in no way would this movie live up to that groundbreaking minute long teaser-spot that caused me to make a six minute long video on YouTube expressing how well-crafted it was. Now, after finally seeing the movie, I can say truthfully to you all that it is even better. The Secret Life of Walter Mitty does something that I cannot put into words, it made me want to change as a person, to step out from the shadows and live...but we'll get to that in a minute. 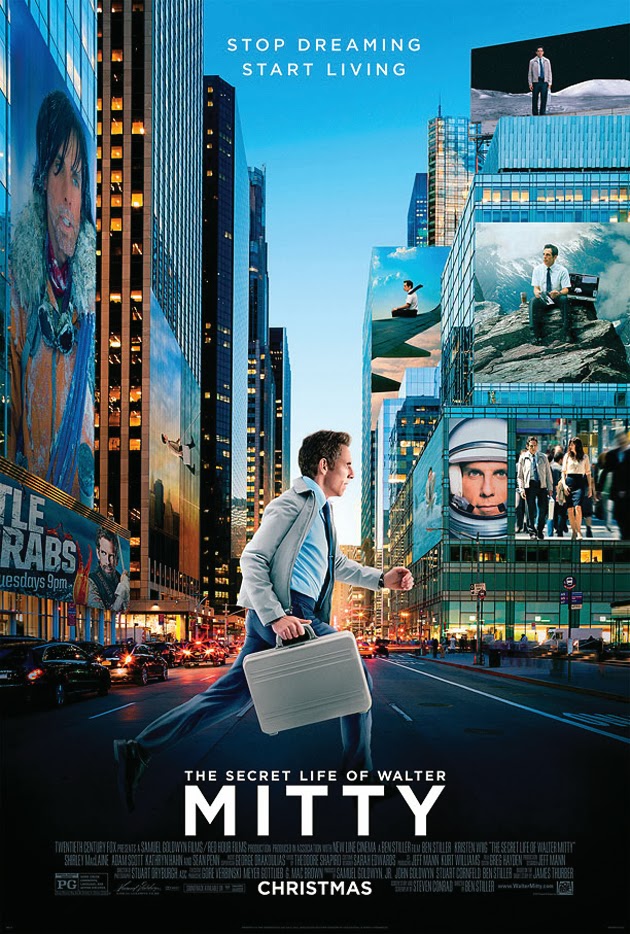 Ben Stiller directs, produces and stars in this "Dramedy" as Walter Mitty, a daydreaming, yet, caring man who loves his career at Time Magazine, but fears what others think of his seemingly "mundane life." Soon after the start of the film, we see Walter become captivated by a new co-worker at the office named Cheryl (Kristen Wiig) which is presented in a very humanizing way that only makes us want to see Walter succeed. Through a turn of events (Which I will not spoil) Walter leaves his comfort zone and ends up on the other side of the world, embarking on an adventure that both revolutionizes an amazing character and flows without a hitch.

Like I said before, this film is inspiring in every way and really made me want to go on a similar journey. It is helped greatly by the heart that went into the makings of this film--something that cannot be overseen--and its absolutely eye popping cinematography. This film also had me belly laughing at least every five minutes, which is a sparse trend nowadays in cinema, but Ben Stiller has always shared my sense of humor. What I'm trying to say here is this: See this movie. The film breathes something we haven't seen in movies in a very long time, making--yes, I'm going to say it--one of the best film's I've ever seen in my twenty years of life.
Posted by Michelle Libby at 11:01 PM