Book Review - The Fault in Our Stars - By Josh Green 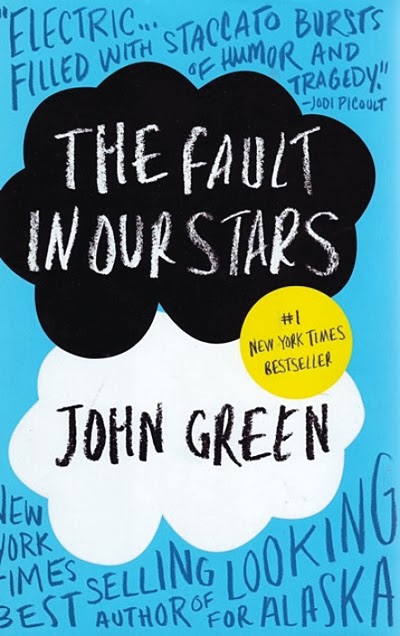 The Fault in Our Stars by John Green is a young adult book about two teenagers in love. Sounds pretty stereotypical, right? Not the case at all. The circumstances that bring these two teenagers, Augustus and Hazel, together are the opposite of ordinary. They meet at a cancer support group, Augustus is in remission after having a leg amputation and is there supporting his friend Isaac. Hazel is there to appease her parents, because she has stage 4 thyroid cancer and lung issues which forces her to be on oxygen. They have a staring contest, talk about oblivion, and realize they like each other.

This book wrestles with major themes, such as mortality, love, courage, and what it means to exist in the universe. Both Hazel and Augustus learned to deal with mortality with their cancer diagnoses, but they look at the universe differently. Augustus wants to make his mark on the world, to affect people, to cause a positive change. Hazel goes through life trying to make as little a mark as possible, so she does not hurt anyone when she dies.

With illness, death, and consciousness always on people’s minds, it is a wonder that this book isn’t morbid and depressing. In fact, it is just the opposite. Yes, it does make you look at the world and yourself differently. It makes you question your existence and what happens when people die. However, John Green manages to include comedy throughout the book. The Fault in Our Stars will have you laughing one page and tearing up (or bawling) on the next. The plot is an emotional rollercoaster, not only for the characters in the book, but for the readers following them on their journey.

On a side note, The Fault in Our Stars is coming out as a major motion picture on June 6, 2014. In order to avoid having someone spoil the ending for you as soon as they see the movie, you should read the book now. Plus, the book is almost always better than the movie, so why risk having the movie ruin the entire plot for you (though it looks as though the movie will be very good). I would highly recommend reading this book, even if you do wait until you have seen the movie.

* Note to parents: This book includes some PG-13 content.
Posted by Michelle Libby at 4:09 PM