Movie review: Disney+’s ‘Lightyear’ the story of a man who becomes a toy

It’s 1995 and a little boy named Andy is about to receive a new and exciting toy for his birthday. This toy is based on a movie about a Space Ranger. This movie is his story. 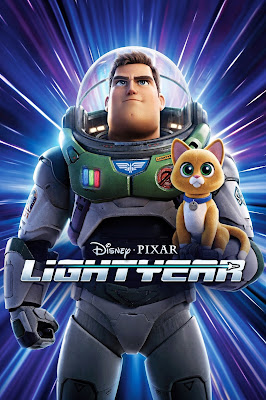 Disney+’s “Lightyear” is all about the adventures of the one and only Buzz Lightyear, a heroic Space Ranger and how he comes to grips with failure, why he considers it important to keep trying and the importance of friends – in every form.

Commander Hawthorne (Aduba) and Buzz Lightyear (Evans) are set to explore an uncharted planet where sensors have detected potential lifeforms.

After a full year of being marooned, the crew has put the planet’s resources to use. Buzz is ready to leave though; his first hyper-speed test flight is a go.

Izzy has a team of Junior Patrol (Steel and Waititi), a volunteer team of self-motivated cadets, who are trying their best.

They must defeat Zurg and get off the planet, but their ship is busted.

They need each other in order to survive. Lightyear can’t do it alone.

I was skeptical about this movie. Buzz Lightyear has been a favorite of mine for a long time and while this is a companion to his story, I had trouble seeing him as more than a toy. Those feelings quickly diminished once I started watching. Action-packed with heart and emotional at times, “Lightyear” is another Pixar homerun as far as I’m concerned.

My only issues are little details that don’t line up with what we first learned about Buzz Lightyear.

Why would the toy have a different voice from how Buzz sounded in the movie? (No disrespect to Chris Evans).

Why didn’t SOX come with the Buzz Lightyear toy in “Toy Story?”

Overall, I’d recommend this. Don’t compare it to “Toy Story” because I feel it’s a different storyline. It has a great cast and is worth two meat sandwiches – with the meat on the outside, bread in the middle – up.