‘Eat Wheaties’ will make you groan, then smile 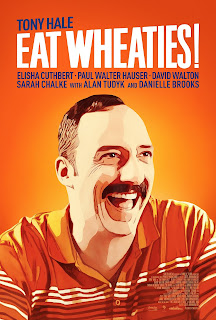 As I looked through my choices of movies to review for this week, “Eat Wheaties” came up early in my search process. I passed over it but went back to it several times as I was interested to see what this movie was about. It centers around Sid Straw (Tony Hale) who can be kind of annoying. When he is invited to the University of Pennsylvania reunion, he becomes overzealous in contacting alumna celebrity Elizabeth Banks. Also starring: Elisha Cuthbert, Danielle Brooks, David Walton, Alan Tudyk, Lamorne Morris, Sarah Chalke and Paul Walter Hauser.

This movie has cringe-worthy moments like when Sid gives a speech at his brother’s birthday full of inside jokes that barely include the people around him. At times, Sid doesn’t know when enough is enough. However, by the end you realize that Sid is a guy who just has trouble finding his footing in life, but he is trying. The end put a smile on my face.

Sid gets invited to the University of Pennsylvania reunion and is asked to be a volunteer co-chair. He claims he went to college with celebrity Elizabeth Banks and sends her dozens of messages over Facebook and becomes obsessed with telling her about his life. After being acused of online harassment, Sid’s life spirals out of control. He loses his job, his apartment and has to move back in with his parents.

I’m sure some of us have met someone like Sid; someone who tries too hard to impress everyone or just doesn’t know when to stop. He means well but can be too much. In the beginning I kept asking “can’t this guy see the reactions of the people around him?” Pump the brakes! Or just stop!

However, as the movie went on, I began to feel bad for him. Here’s a guy who simply can’t see that he’s going too far. At one point, he has a conversation with an African American co-worker Sam (Morris) in which Sid talks about his college improv group and how he used to say things that sounded racist but weren’t. Sam cuts this conversation short.

I did feel bad for Sid at points because some people kind of ignore him; even his sister-in-law, Janet (Cuthbert) is fairly short with him. There is a turning point in the movie where he and his brother (Walton) have a talk. From there, you begin to understand Sid a little better.

This is a funny movie. Sometimes laugh-out-loud funny, sometimes more of a cringing funny. It has a message that no matter your stage in life, there’s always room for improvement and even if you are an annoying person who some find unbearable, there are people out there who like you.

Despite Sid’s behavior early on in the movie, he does work toward improvement. He recognizes some things need to change and he works toward making that happen. I found the end uplifting and happy. For anyone who likes a good movie that will make you smile, this is it. Two Wheaties boxes up.