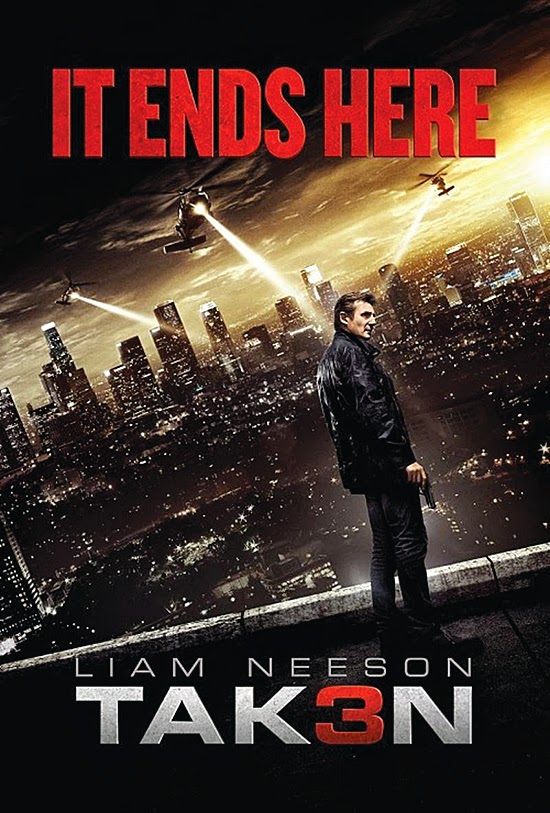 Taken 3 is the third and hopefully final installment in the popular film series of French action-thrillers. Liam Neeson returns to reprise his lead role as Bryan Mills, and Maggie Grace and Famke Janssen return as well, playing his daughter and ex-wife, respectively. Academy Award winner Forest Whitaker also joins the cast this time around. I am a big fan of the original Taken movie that came out in 2008. I thought it was an excellent action film driven by Neeson’s performance coupled with an intriguing premise. However, I thought that the 2012 sequel, Taken 2 was a horrible movie that didn't even come close to matching up with its impressive predecessor. With that being said, heading into the theater I was honestly just praying that in terms of quality, Taken 3 would at least fall somewhere between the two films that preceded it.

I won’t spoil the movie with specific details, but the title alone suggests that as with the first two films, somebody is “taken” at some point in the story. To nobody’s surprise exactly that happens, relatively early on in the film. Soon, retired CIA agent Bryan Mills (Liam Neeson) is accused of a horrible murder that he didn't commit. He is immediately tracked down and chased by Los Angeles Police Department Inspector Franck Dotzler (Forest Whitaker) and all of his forces. Now, Mills must put his “particular set of skills” to the test in order to find out who the real killer is and subsequently clear his own name.

Luckily my hopes became reality and Taken 3 wasn't nearly as atrocious as the 2012 film that it follows. However, at the same time it still wasn't quite as good as the first 2008 movie. The action scenes were pretty well done and nicely paced, making the longest run time of the series go by rather quickly. Liam Neeson turned in another good performance in the lead role, considering the mediocre script of the movie. I also thought that Forest Whitaker was a welcome addition to the cast as he turned in what was in my opinion, the most surprisingly good performance of the film. Don't head into this movie expecting the next great action thriller, however Taken 3 is certainly better than what some people, including myself expected. Now, all we can hope is that the movie poster tells the truth: “It ends here.”

Posted by Michelle Libby at 4:25 PM